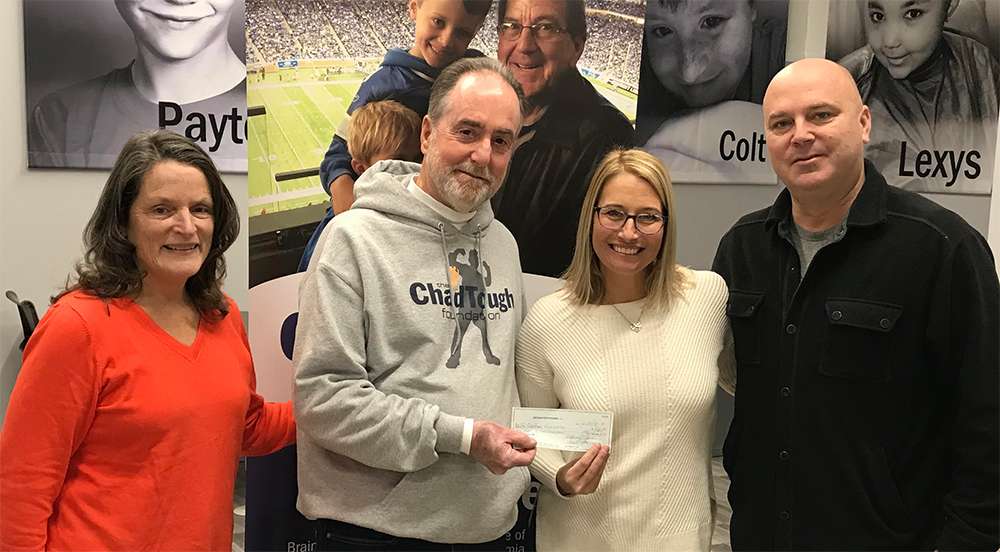 By Lindsey SiehdaMarch 6, 2020No Comments

When Mike Cushing rolled into his first Michigan Widetrackers meeting in his bright red ‘66 GTO, the car club had no idea what was coming its way.

When Mike Cushing rolled into his first Michigan Widetrackers meeting in his bright red ‘66 GTO, the car club had no idea what was coming its way.

After finding their dream car, Mike and his wife, Sheila, began researching local car clubs. A lifelong vintage car lover, Mike discovered the Michigan Widetrackers, one of the oldest and most renowned Pontiac, Oakland, and GMC clubs in the state of Michigan. Widetrackers are car enthusiasts who enjoy the classic/collector car hobby, making new friends, and cruising.

While the Widetrackers were exactly what Mike was looking for, he soon began to think the club could be doing more good in the community with its reputable name. He brought this up at a monthly meeting, and after receiving some puzzled looks from some of the members, it was decided that Mike would research charitable organizations that would align well with the club’s values.

He began talking to his extensive network in the automotive industry, and soon Mike felt passionate that The ChadTough Foundation would be the perfect partner. He had always admired Lloyd Carr and recalled thinking how devastating the loss of a grandchild would be. “The CTF helps kids, features a local connection, and when I realized the staff was made up of moms working day and night, I knew I had found our charity,” said Mike.

He then developed a sponsorship program for businesses to support the Michigan Widetrackers and The ChadTough Foundation. He has made most of the calls and visits himself, and in December was able to personally deliver a $2,500 check to Tammi and Jason Carr.

“We are so grateful for what Mike has been able to do for The ChadTough Foundation. It is these kinds of individual actions to do something that have helped us come this far in advancing research for pediatric brain cancer,” said Jason Carr.

Now a board member of the Michigan Widetrackers, Mike is helping to plan their Spring Dust Off, a premier event held in Davisburg, Michigan, on June 13, 2020. The car show features a swap area, food, prizes, and more. Mike is currently in the process of adding more elements to the show that will bring awareness to The ChadTough Foundation.