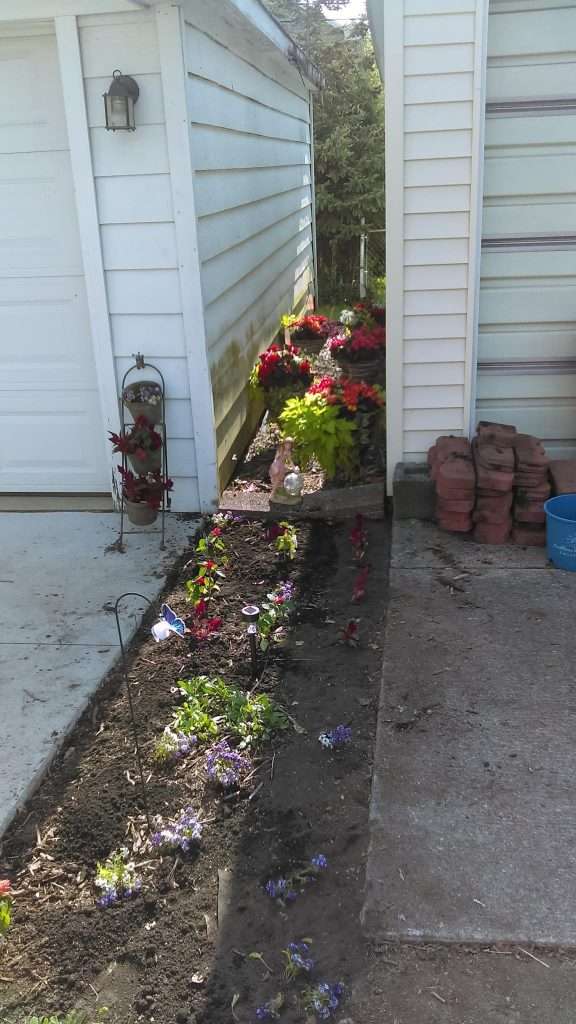 “Today my family/neighbors who are family planted a garden for me for mothers day in honor of my princess. Beautiful and I know she loves it. Always loved flowers.” – Teamlexyslamp on Facebook (May 7)

This is Crystal Lamp’s first Mother’s Day without her daughter, Lexys, who passed away November 23 after a 13-month battle with Diffuse Intrinsic Pontine Glioma, or DIPG. Lexy was Crystal’s only biological child, leaving a gaping hole in her mommy’s heart when she left this world.

“It’s trying to find any normal because she was my normal,” said Crystal. “Trying to each day put one foot in front of the other and keep moving forward. It’s hard. It’s one of the hardest things.”

Lexy was diagnosed with DIPG after an eye exam in September of 2014. Crystal thought she had a lazy eye because her left eye was turning slightly inward. After the appointment, they were sent to Children’s Hospital for an emergency MRI where they received the diagnosis.

“Lexy was given nine months to live,” said Crystal. We were told, basically, to make memories. I was bound and determined that she wasn’t going to be a statistic and we were going to find a cure.”

She went through 45 radiation treatments, a biopsy to confirm the tumor was DIPG, and chemotherapy. She also went through a Phase 2 DIPG trial in Boston and did panobinostat treatments, the drug developed by DIPG researcher, Dr. Michelle Monje.

Lexys, who turned six years old three months before her passing, showed maturity beyond her years. Crystal says she would make sure other children in the hospital were okay, getting them whatever they needed or coloring them pictures.

“Ten seconds of knowing her, you fell in love with her,” says Crystal. “She just had that smile, that personality. A big heart. That’s my princess.”

Lexy actually adored princesses, putting the plans in motion for a princess birthday party – complete with a runway — immediately following her fifth birthday in 2014.

“I’ll admit, I went up and above – I’m the crafty, creative, type,” says Crystal. “She wanted a princess runway party, so we went out of our way and made sure to have her runway.”

Lexy’s left side was growing increasingly weak nearly one year following diagnosis, but she was determined to walk that runway. So, with the help of her mom (and Rapunzel), she did.

Posted by Teamlexyslamp on Thursday, August 27, 2015

“We did a fashion runway with all her friends and, of course, we had real princesses and they all got dressed up in their little princess dresses and they walked the runway,” recalls Crystal.

“That was her biggest thing that she wanted to do.” 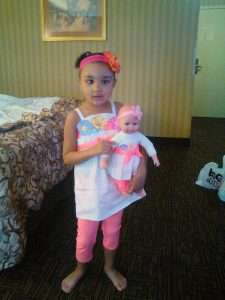 Crystal has struggled to get through life without her precious daughter, but takes some comfort what happened in the final hour of Lexy’s life on Earth.

After Lexy took what was believed to be her last breath, she was pronounced dead.

“I looked up at the pastor and I told him, ’I don’t know how to live without her. I don’t. That’s my baby,’” recalls Crystal.

“She came back. He threw his hands up and asked God … the hospice had no clue. They came over and her heart rate was 33 beats per minute and her respiratory was 130-something.”

The truly powerful moment, though, happened after that.

“She opened up her eyes and looked at me, and her eyes were corrected,” said Crystal. “She closed her eyes again. She didn’t say anything to us, but for 40 minutes I held her and she was breathing again. That was her way of saying that she was okay.”

Crystal is working to figure out this new normal she never asked for and doesn’t want. Living without Lexy is unbearable, but – as she said – she is putting one foot in front of the other and pressing on. 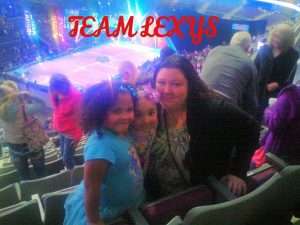 “We went to see Frozen on ice twice and you were so happy to see Elsa,” wrote Crystal on the Team Lexy Lamp page on Facebook. “Mommy is missing you so much baby I can’t wait to see you. #IHATEDIPG”

Numerous fundraisers and awareness campaigns have been held to raise awareness for DIPG and to honor Lexys, including a Silly Sock drive in which the socks are donated to children undergoing chemotherapy treatment.

It’s fitting of Lexy’s fun personality and a way to help other kids all while raising awareness for DIPG.

“It goes all the way to Neil Armstrong’s daughter and there’s no breakthrough,” said Crystal. “There’s nothing to help these poor kids. It’s an unfair, cruel disease. It takes these lives for no reason.

One source of strength as she fights for that cure is the network of DIPG families she has met through this process.

“At the end of the day, I have to be thankful because being part of the DIPG site and seeing other families and their experiences, it helped in so many ways,” she says. “We’re all, unfortunately, going through the same battle.”