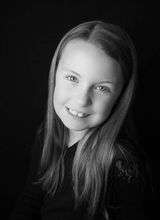 Payton Slaymaker was a kind and gentle 8-year-old from Claypool, Indiana, known for her contagious smile. She adored her little sister, Avery, and never shied away from performing in front of a crowd.

Just after a wonderful family vacation in Texas, Payton’s parents began to notice something strange; Payton began frequently holding her head down and at an angle. When Kimberly asked her daughter if something was wrong, Payton explained that she was experiencing double vision. Slightly alarmed but assuming Payton might simply need glasses, Kim took her in for a vision test. There, the doctor suspected there might be something behind Payton’s eyes and recommended an immediate trip to the hospital for an MRI. 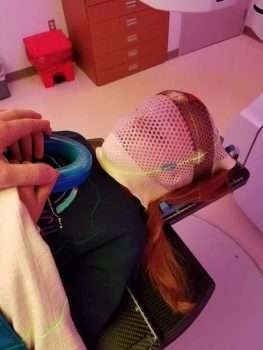 Very quickly, the Slaymaker family’s life came crashing down. The MRI did indeed reveal that there was a mass in Payton’s brain. The MRI images were sent to the Riley Hospital for Children in Indiana, and on July 11, 2019, a team of doctors diagnosed Payton with DIPG. She was given just 9 to 13 months to live, with radiation being the only course of treatment recommended.

After completing 30 rounds of radiation, the Slaymaker family decided they wanted to make the rest of Payton’s life as normal as possible. The feisty little redhead with a heart of gold went back to school, continued as a girl scout, and attended dance class twice a week. 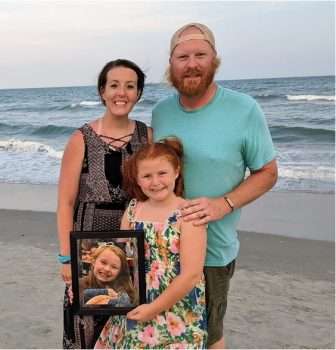 Payton battled courageously for 21 months before passing away on April 21, 2021. In her short 10 years, she touched the lives of thousands and will forever be missed by her family, who shares Payton’s story in an effort to raise awareness of the disease that stole her life.

“DIPG is a horrific disease that is considerably underfunded, leaving families without hope,” said Kim Slaymaker.  “An increase in research funding is the only way to make a true difference and give our brave warriors a better chance for survival, and we are so grateful for the grant Heather spearheaded in honor of our daughter.”