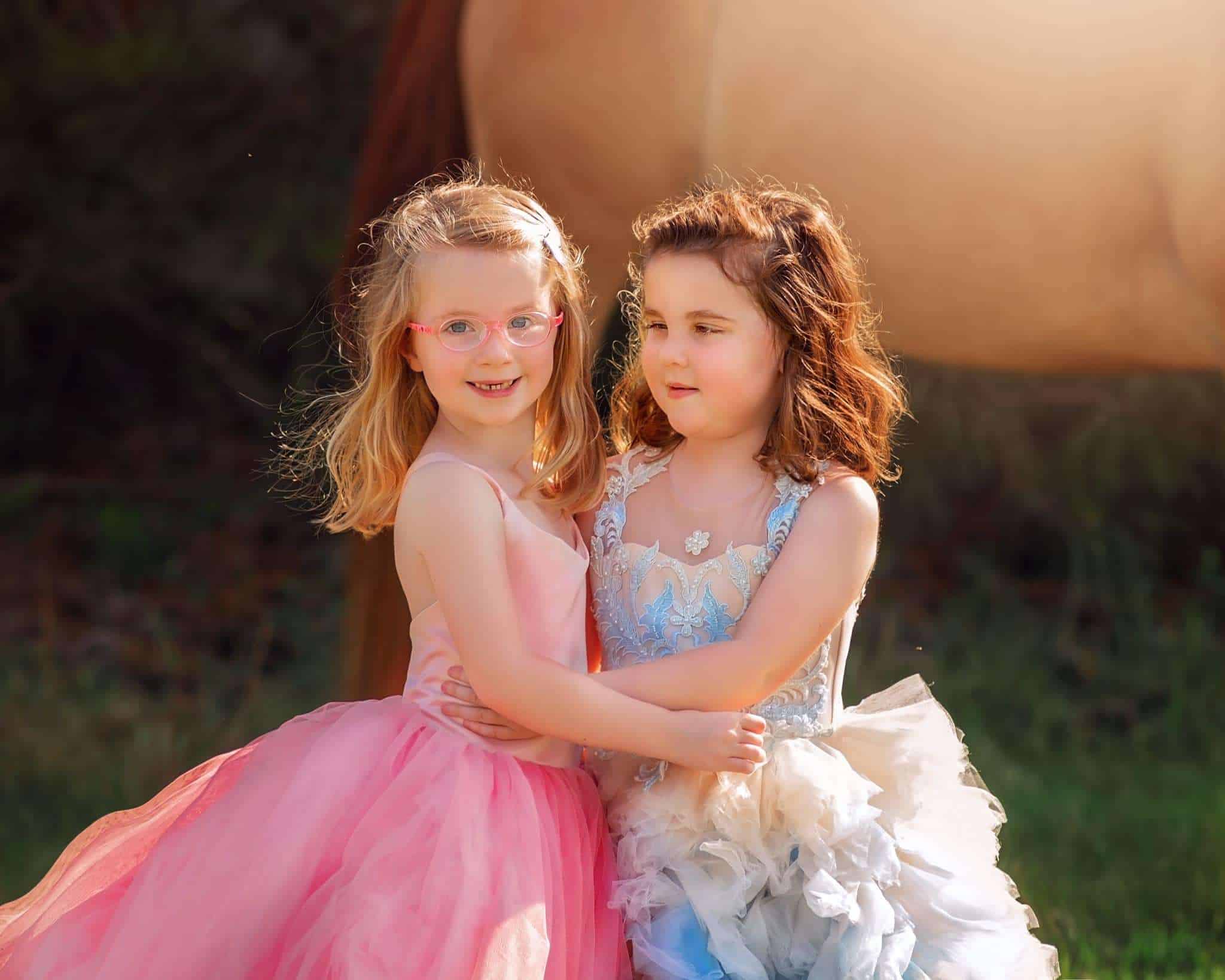 Two Pfizer Families Connect in the Battle Against Childhood Cancer

TEAMING UP FOR HOPE On an evening in early fall, Miranda Blackman, Senior QC Supervisor for Pfizer, had just wrapped up a busy day and settled in to attend her first virtual meeting as a Family Partner for an organization called the ChadTough Defeat DIPG Foundation. In April, one of her 5-year-old daughters, Lilian, had been diagnosed with diffuse intrinsic pontine glioma (DIPG), a terminal form of brain cancer for which there is no cure. Lilian was given less than a year to live.

In the weeks following Lilian’s diagnosis, Miranda quickly learned about the ChadTough Defeat DIPG Foundation, its Family Partner program, and the work it was doing to privately fund the most promising research from around the globe. Miranda knew immediately that she wanted to get involved.

“Becoming a Family Partner required minimal consideration on my part,” said Miranda. “I learned right away that this type of cancer is going to require a great effort from cross-functional groups across the world. I had to be a part of that.”

So, after tucking Lilian and her twin sister, Everly, into bed, Miranda logged on to join the Family Partner Zoom meeting, a gathering intended to connect other DIPG families and report on the latest news in the world of childhood brain cancer.

As more than 30 families went through their introductions, Miranda learned that another mother, Erin Jackson, who had lost her 11-year-old daughter, Mattie, to DIPG in April of 2021, also worked for Pfizer as a Global HR Manager.

Miranda immediately instant messaged Erin and made a plan to connect.

THE NEED FOR RESEARCH Erin Jackson knew all too well the incredible heartache Miranda and her family were experiencing. She recalls the day her own daughter was diagnosed in 2020 as the most difficult day of her life.

“I was told that my daughter’s tumor was aggressive and inoperable, with no proven treatments. Doctors told me she had just 6 to 9 months and that the best thing to do was go home and make memories,” said Erin. “It seemed unfathomable that this was happening to my child.”

At the time of Mattie’s diagnosis, Erin had been working for Pfizer for nearly 20 years. She watched firsthand, for many years, how breakthroughs could change patients’ lives.

“All I could focus on at that point was science,” Erin said, embracing Pfizer’s tagline #ScienceWillWin, which was used often while working towards a COVID vaccine.

“I had visions of Mattie telling her patient story of survival one day. Science was moving quickly, providing hope, and I couldn’t help but think that Mattie could be the first to receive a breakthrough in treatment.”

But that was not to be. Mattie lived just 5 months after her diagnosis, and in that time her inquisitive mind posed the kinds of questions that would break any parent’s heart. Why, for example, despite being the number one cancer killer of kids, does only 1% of the billions of research dollars spent by the U.S. government get allocated to childhood brain cancer? Miranda had no answers and could only promise her daughter she would use her voice to raise awareness in an effort to create change. When Erin was introduced to Miranda during the Family Partner call, she had already been following Lilian’s story.

“My heart breaks each time I hear of another child being diagnosed, which is almost daily in the U.S., but this hit close to home,” said Erin. “Having already read about Lilian, I was shocked to find out her mom and I were colleagues and that Miranda was on this tortuous journey, too.”

After the Zoom meeting ended, Miranda reached out to Erin to discuss what they could do as a team to raise awareness and funds for research that is so desperately needed to cure the disease that took their daughters.

“Pfizer is an incredible organization in so many ways,” agreed Erin and Miranda, as they brainstormed ways they could utilize the generosity of their workplace as a platform to raise awareness and dollars. Pfizer offers something called the Give Forward Program that provides colleagues in the U.S. and Puerto Rico opportunities to create positive change where they work and live. Part of this effort is the matching gifts program, in which Pfizer matches donations dollar for dollar up to $5000 per year. And on Giving Tuesday, a global movement of generosity for good, this match is enhanced 2:1.

Working together, the two mothers decided this program would be a fantastic opportunity to promote the ChadTough Defeat DIPG Foundation’s Giving Tuesday campaign that takes place Tuesday, November 29. Through the kindness of generous ChadTough donors, donations that come into the foundation that day will be doubled, meaning $1 donated from a Pfizer employee turns into $3 through the Give Forward Program and then becomes $6 through ChadTough’s matching dollars.

Erin and Miranda hope their fellow Pfizer employees will jump on the opportunity to amplify their gift, which will allow the ChadTough Defeat DIPG Foundation to fund game-changing research and offer hope to future families to come.

“While this disease has turned our worlds upside down and forced us to face challenges we never imagined existed,” said Erin, “it has also defined our new purpose in life. We hold on to hope that one day soon #ScienceWillWin.”