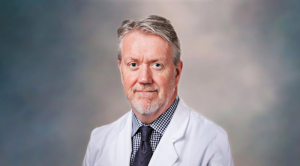 The ChadTough Foundation and Michael Mosier Defeat DIPG Foundation have partnered to fund more than $3.3 million in Diffuse Intrinsic Pontine Glioma (DIPG) research grants. Their first round of grants was announced in 2017 and included a research grant awarded to Dr. David Ashley, the Director of the Preston Robert Tisch Brain Tumor Center at Duke University.

In recent years, the Duke University team has developed an immunotherapy treatment that uses a modified form of the poliovirus to treat brain tumors. This treatment has received significant attention, including two segments on 60 Minutes. In 2017, the Duke team began a clinical trial using the poliovirus vaccine in children with high-grade gliomas, but DIPG patients were excluded due to a risk of inflammation. In this study, “Recombinant Attenuated Poliovirus Immunization Vectors Targeting H3.3 K27M in DIPG,” Dr. Ashley works to modify the polio virus to effectively target the H3.3 K27M mutation in DIPG. This mutation occurs in approximately 80-percent of DIPG tumors.

“The Duke team has been doing groundbreaking work in developing the polio virus for treatment of brain tumors in adults,” said Defeat DIPG co-founder, Mark Mosier. “When we saw the stories on 60 Minutes, we knew that we needed to bring this treatment to DIPG. We are very encouraged by the initial work on this project, and we are excited about the possibility that DIPG patients will receive the polio virus treatment in the future.”

Dr. Ashley spoke with Defeat DIPG ChadTough team to provide an update on this project:

Q: Can you provide an overview of your research project, specifically the excitement around the polio vaccine and the adjustments you’re working on to make this a possible treatment for DIPG?

Dr. Ashley: “The polio virus, in its original form, is a rapidly replicating virus. It causes a lot of inflammation. It is an entero-virus, entering patients through the gastrointestinal tract. Matthias Gromier and his colleagues changed that part of the original virus that caused brain toxicity through taking part of the virus out and exchanging it for part of the common cold virus. So, we were able to maintain the inflammatory parts of it, but take away the parts of it that cause the injury to the brain and spinal cord cells.”

“The other interesting part is that the modified polio virus is able to attack cancer cells almost exclusively. Almost every human cancer cell has the entry receptor on it. This means the virus can get into the cancer cell very easily, replicates like crazy and causes inflammation, causes an immune response, and that’s the basis of the use of the polio virus. With use in adults, and with three children we’ve treated now in a pediatric study, we inject the modified virus directly into the brain tumors of the patients. That does seem to be successful in approximately a quarter to a third of patients in causing long-term responses of disease stability in glioblastoma.

“In thinking about DIPG, there’s a couple of issues. One is the delivery of something into the brain that can cause a lot of inflammation. That’s why we haven’t gone immediately to introducing this modified virus directly into the brain. The other is, DIPG does have this target that we’re hoping to exploit: the H3.3 K27M mutation. So, what we hope we are able to do is exploit the inflammation that’s caused by polio virus and add that bit of the H3.3 K27M mutation into the viral vector — into the virus itself — and use it as an immunization, not unlike the way we give original polio vaccine.

“The reason that we think this might be more effective than just using peptides, that under investigation for this illness, is that the virus is much more inflammatory than peptides by getting into the immune cells and it activating the immune cells. We think it’s really a clever way of administering a vaccine against the H3.3 K27M target in DIPG. That is the basis of this study.”

Q: Will you be injecting this vaccine directly into the tumor?

Dr. Ashley: Rather than using the polio virus for a direct injection into the brain tumor, we’re going to be using the polio virus construct in a vaccination schedule. Ultimately, the patient would get a vaccine just like they would get a polio vaccine — just an injection into the muscle. Then we think there will be immune responses to the virus and in turn to the mutant H3.3 K27M.”

Q: Is this particular mutation present in all DIPGs or only certain mutations of DIPG?

Dr. Ashley: “This is a mutation that’s in the vast majority of DIPG – approximately 80 percent. In fact, outside DIPG, this particular mutation is carried in other high grade tumors in childhood as well. So we would hope that this could be something that could be helpful for the majority of patients with DIPG. So, where to from here? The next step will be to go to the FDA to understand what other evidence or studies they’d like to see before we move toward clinical trial.”

Q: You recently submitted your manuscript for publication – what does that paper include?

Dr. Ashley: “We’ve created the construct, done the work rebuilding the virus, and then we’ve been able to do parallel experiments in mice and in human cells. We used a model system with a protein that we know works to immunize mice against tumors, so we showed that we could use the virus in that situation and get immune effects. Then, in addition to that, we’re able to take human cells and infect them with the human virus and show that we’re able to derive a very robust immune response in human cells … in a dish, if you like. So, we have two levels of evidence that this is going to work. One is in animals and the other is in a dish with human cells.”

Q: Can you articulate how important foundation funding is for research of this type of disease?

Dr. Ashley: “The answer is twofold. One, it’s a very rare disease. Although it’s horrible for families and the patients, obviously, it’s difficult to get funding for these sort of rare diseases, because public health institutions and large organizations tend to focus on the ‘big-ticket items,’ the big public health scourges. Second, it’s really hard to get initial startup funding to do this type of research, because it is pretty innovative and high risk. We didn’t know that this would work. We thought it would, we had hypothesised it would, but before you’ve got preliminary data to support your hypotheses, it’s really hard to get national peer-reviewed funding for this type of work. The funds that the Defeat DIPG and ChadTough Foundations provide allows us to do early, innovative work like this in rare diseases that otherwise would never get done.”