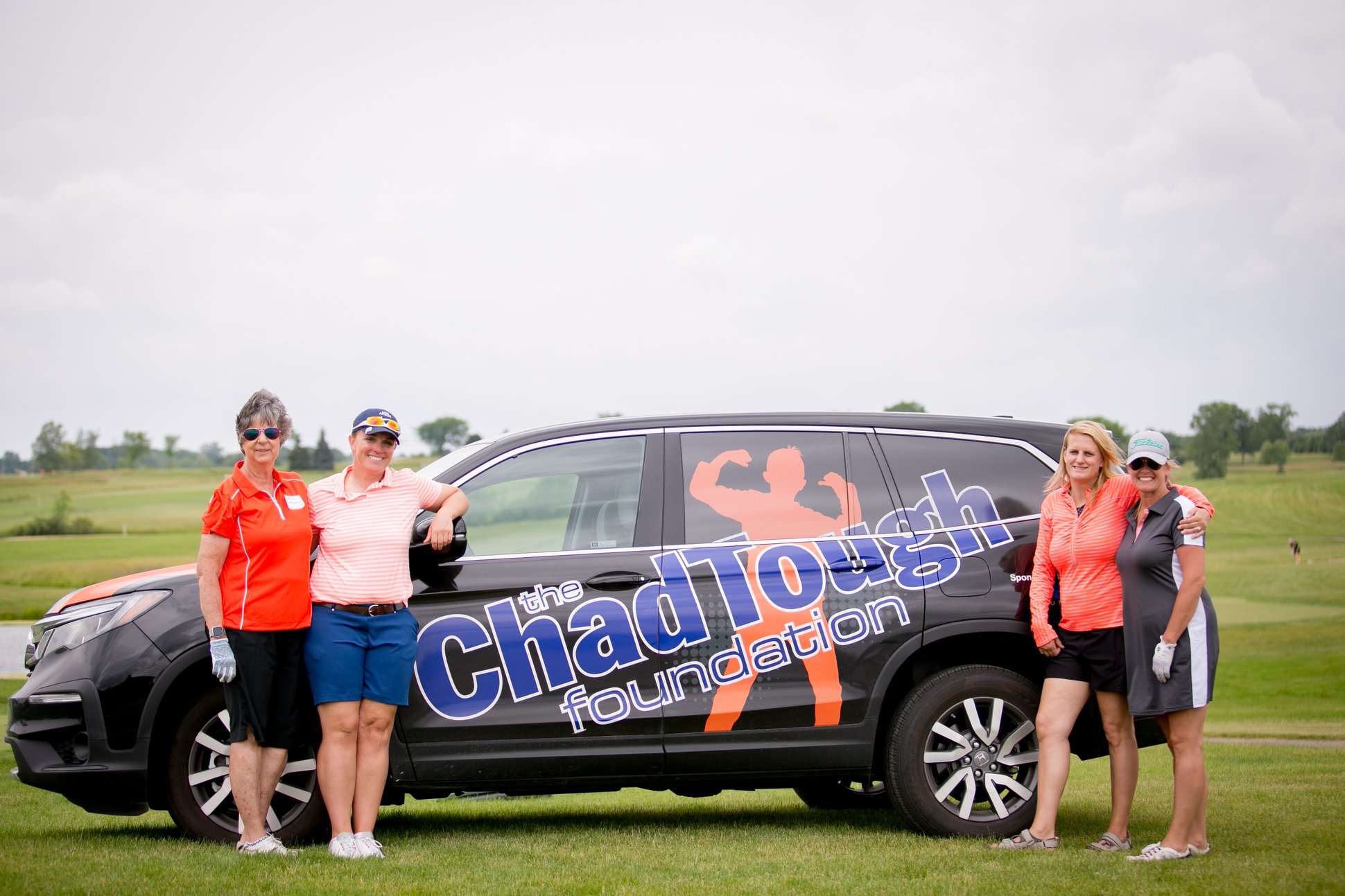 Like anyone who was close to the Carr family, Dawn Whitford remembers the exact moment she heard the news that Chad Carr had been diagnosed with terminal brain cancer. She had just seen Tammi a few days prior, where they spent time chatting about sports and their kids’ flag football game. It didn’t seem real when Dawn’s CEO gathered her co-workers together and told them the heartbreaking news.

“After that moment, life was never the same,” said Dawn. “I knew that I would be a part of whatever mission Tammi set out to conquer.”

Dawn had known Tammi for years, their paths first crossing before Chad was even born, with both working for C.S. Mott Children’s Hospital. Over the years, their lives continued to intertwine through other nonprofit work and community sports in their hometown of Saline, MI. Dawn got to know the Carr boys well, and in 2009 she coached the Saline High School varsity softball team, for which Chad’s brother CJ, who was just 4 at the time, served as the beloved batboy.

When The ChadTough Foundation was born, “It was never a question of whether I would be involved, it was how,” said Dawn. “When Chad was diagnosed and ultimately passed away, he was not only Tammi and Jason’s little boy, but he was all of our little boy. I think anyone who followed the story at the time it was unfolding felt in a sense that way. Chad was our child, too, and we all could feel the pain and sadness that his own parents felt.”

Dawn began volunteering for the foundation right away, eventually helping with RunTough for ChadTough, the Champions for Change Gala, and Bradon Inge’s Dingers for DIPG event. In 2017, Dawn organized an annual all-women’s golf outing called Tee’d Off: Driving Out DIPG. The event took place for three consecutive years at Lake Forest Golf Club, cumulatively raising more than $90,000 for The ChadTough Foundation. This year’s golf event was scheduled for June 15 but was cancelled due to COVID-19. Dawn and her group of 30 volunteers are already looking forward to planning the 2021 event.

Dawn continues to be inspired by the work that the foundation is doing to raise funds for pediatric brain cancer research. “What the Carr family went through is something I wish for no other set of parents to go through,” said Dawn. “I hope to help prevent that for future families through my continued efforts with The ChadTough Foundation.”