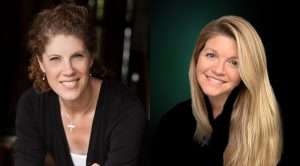 As the adage goes, a picture is worth a thousand words. It can also be a calling.

Heidi McClelland and Kristin Rueger are no different than the hundreds of other people who have donated their time, energy and talents to The ChadTough Foundation and the fight against Diffuse Intrinsic Pontine Glioma (DIPG). They felt that call and decided to help.

For Heidi, the camera lens was her vehicle.

Heidi met Tammi Carr while volunteering with the Foundation for Saline Area Schools. When Heidi heard about Chad Carr’s diagnosis, her response was simply, “What can I do? Whatever you need.”

“I love to tell people’s stories, to capture memories and moments that will last forever”

“I love to tell people’s stories, to capture memories and moments that will last forever,” said Heidi, a professional photographer. “The idea that something I do now may be seen by someone 50 years from now who will look and say ‘Wow, who are those people? What is their story?’ I think it’s pretty special to be able to do that, to be a part of someone’s life for those few moments and to tell their story – that will last for years.”

Heidi helped bring Chad’s and the Carr family’s tale to life with a family photo shoot before Chad’s treatments began. It captured those moments. The moments that became indelibly linked to Chad’s story.

“Being able to capture those moments for them was…” Heidi said before pausing to hold back tears. “I held it together during the shoot, but when I went to edit them, it was, wow. Hopefully they can make a difference.”

“I’m so grateful to play a small part in the fight for a cure.”

She continues to advance the ChadTough cause by volunteering at the annual Champions for Change Gala.
For Kristin Rueger, it took seeing a picture, like the ones Heidi captured, to imagine her own son in the same situation.

“Same blonde hair, same round face, similar silly grin,” Kristin said of her son, Zane.
When she read about the prognosis facing Chad, and every other patient afflicted by DIPG, one number stood out:

“He made me think of my son and all those kids who have zero chance of survival,” Kristin said. “What could I do to help?”

Kristin offered what she had, her time and her breath – literally. Her involvement began with blowing up balloons, and helping set up, tear down and clean up events. In addition, her family signed up for RunTough for ChadTough.

As a graphic designer, Kristin’s professional career, like Heidi’s, centers on creativity. For 15 years, she has worked to turn ideas and messages into images that capture imagination. When a friend asked if she would come up with a design for their Chicago Marathon team racing on behalf of ChadTough, there was no hesitation.

It’s that type of attitude that permeates throughout the ChadTough community. And it is not taken for granted.

“Volunteers are absolutely critical to this foundation”

“Volunteers are absolutely critical to this foundation,” said Jason Carr. “With just a small, part-time staff, the only way we are able to do what we do is because of the hundreds of people who are so generous with their time and talents.

“Heidi and Kristin both downplay the impact they make on our foundation. In both cases, we would have to spend money for the services they offer. But instead, we are able to direct those funds for more research. They help us get more done, faster and with lower expenses. And they are both incredible at what they do. The ChadTough Foundation is truly blessed to have their support and passion.”

Kristin has continued to design logos for race teams, as well as posters, flyers and other items for ChadTough activities. Every bit counts in Kristin’s eyes, and she sees that commitment in every volunteer she has met.

“It’s like the Carrs and Chad have gotten into their hearts, and they’ll do anything,” Kristin said. “It’s just time. It’s your time that you can give to them or to awareness. It’s wearing a T-shirt. You have to wear clothes, so why not wear a ChadTough shirt that will bring awareness? Someone might ask you what it’s about, and you can tell them or they might look it up.”

These efforts are working. Zero is a number that can be changed.

“I remember driving to Florida for spring break and seeing ChadTough stickers all along 75 South after his diagnosis,” Kristin said. “I see kids and adults still wearing their ChadTough gear all over town. Chad and his family created a snowball that started with a hashtag that rolled into some major advancements in research. It started with an adorable little boy that the community wanted to rally around, and has continued to bring other kids with DIPG into a small spotlight.”

“The rest of us can raise awareness while the doctors and researchers work on bringing that percentage number up.”

Written by Kevin Goheen
If you are interested in donating your time and talents, check out current opportunities here. Or if you would like to be notified about future needs, sign up to be on the Bench List here.