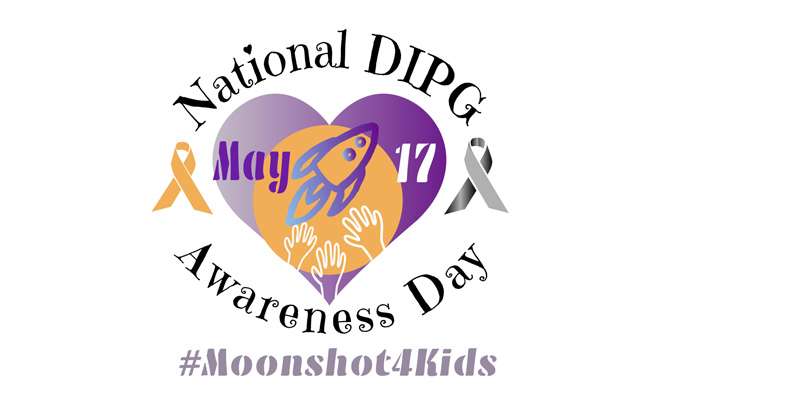 By Lindsey SiehdaFebruary 20, 2020No Comments

We’re working to establish May 17 as DIPG Awareness Day at both the state and federal level. But we need your help!

Will you help us influence lawmakers at the state and/or federal level to establish May 17 permanently as DIPG Awareness Day?

STATE EFFORT: DIPG ACROSS THE MAP INITIATIVE
The DIPG Across the Map Initiative started after Governor Larry Hogan established Maryland’s first-ever DIPG Awareness Day on May 17, 2016, through the effort of our funding partner, the Michael Mosier Defeat DIPG Foundation. The date was selected because it fell on the anniversary of the passing of six-year-old Michael Mosier from Bethesda, Maryland, for whom the nonprofit organization was named. In 2019, 32 states supported May 17 as DIPG Awareness Day, with 5 established permanently by legislature (Idaho, Illinois, Louisiana, Ohio, and Texas). Thanks to the efforts of ChadTough Family Partner Amanda Ruddy (Team Tommy), Michigan has participated in this effort; however, Amanda must make the request on an annual basis.

To learn more about the DIPG Across the Map Initiative, and to sign up to help, please visit https://defeatdipg.org/dipgacrossthemap/. (There is a Sign Up button at the bottom of the page that will link you to any existing efforts and give guidance on exactly what is needed for help.)

FEDERAL EFFORT: House Resolution 114 – DIPG AWARENESS RESOLUTION IN U.S. HOUSE OF REPRESENTATIVES
In addition to the DIPG Across the Map Initiative, we are proud to work with our friends in the DIPG Advocacy Group on the effort to establish May 17 as DIPG Awareness Day on the federal level. On February 15, 2019, Representatives Speier and Joyce introduced H.Res.114, a bipartisan resolution to establish May 17 as National DIPG Awareness Day, and a call for expanded research for treatments and care for children with this deadly disease.

Why has this not passed?

You can check here to see if your Representative has pledged their support:

You can review the full text of the resolution here:

What can you do? Please click here to learn more, including how you can contact your Representative to ensure their support!

The DIPG Advocacy Group also succeeded in getting the Senate to pass S. Res. 223 in 2019, which supported the designation of May 17 as DIPG Pediatric Brain Cancer Awareness Day.

CHADTOUGH VISITS WASHINGTON D.C.
On February 13, 2020, a briefing was held in Washington D.C. to build support for this resolution. Our founder, Jason Carr, and Executive Director, Ann Friedholm, were honored to attend the briefing to help the effort. DIPG families flew into D.C. from across the country to demonstrate the need for action. Some had already lost their children. Some were currently fighting. Some were children fighting DIPG. One of the most powerful moments of the day occurred when the families filed to the front displaying pictures of their children.

While a range of speakers made compelling remarks to influence decision makers, none was more powerful than 20-year-old Jace Ward. Jace was diagnosed with DIPG on May 17, 2019. He was told he had 9 months to live, which would mean he would die one day shy of his 21st birthday. Neither he nor his family had any interest in accepting that diagnosis. They, like so many other DIPG families, set out on a mission to find some kind of hope. Fortunately, Jace was eventually cleared to take ONC-201, a new drug that has been showing promising results for DIPG patients. Jace is doing well, but he knows enough to realize he still needs a miracle. He needs doctors and drug companies to discover more new treatments in record time. He urged everyone to act, and act with urgency.

H.Res.114 is not a homerun, but it is a base hit. It will help to raise awareness about DIPG and encourage lawmakers to look at other factors when making decisions about cancer research funding. It is a solid start.

So what can one person do? URGE YOUR HOUSE REPRESENTATIVE TO NOT ONLY SUPPORT THE RESOLUTION, BUT TO CONVINCE ALL OF THEIR COLLEAGUES TO DO THE SAME.

Much appreciation to all who have played a part in advancing this effort, including the DIPG Advocacy Group, our own Amanda Ruddy with Team Tommy, Michael Mosier Defeat DIPG Foundation, Janet Demeter and the Jack’s Angels Foundation, Lisa Ward, Elizabeth Psar and the Julia Barbara Foundation, Jill Morin, and Paul Miller.

We know when ChadTough Champions put their minds to something, nothing stops them. We need your voice. Please reach out to your Congressperson now.